I uplift other women in the areas of running, lifting, and motherhood

Learn More About Me

The training for my 47th marathon state was a self experiment to answer this question. Rather than a 16-18 week traditional training, here’s what I did:

300 swings + 5K/day for 30 days
then
10 weeks formal marathon training
Rather than building a base of training volume with a bunch of miles that would later break me down or put me at risk for overuse, I did what I believe to be the minimum effective dose for building an endurance engine to then layer running specific training on top of: 300 swings and 5K worth of running daily.

The swings were anyhow- sometimes within one block of time (often 10 OTM for 30 minutes) and sometimes Pavel Tsatsouline “grease the groove” style (10 here, 20 there all day until I reached 300).
It is worth noting I am experienced in the kettlebell swing. This is not a new movement for me. I’ve been doing them for almost 8 years consistently at CrossFit (though we disagree on American versus Russian style swings) and my own strength programming. My Husband is both RKC and StrongFirst certified also so I benefit from his coaching on technique and healthy form. You cannot learn to swing a kettlebell through a YouTube or IGTV video, y’all…you just can’t.

The 5K was also anyhow- sometimes a race, often without a watch, sometimes 800m x 6 or some other speed work that equaled 3.1 miles.
Within the formal running training, I programmed for myself and pulled best practices from:
Each concept or take away is what I used in my own hybrid plan. It is worth noting that I have completed all of these plans, some multiple times, as written.
How did it go? By the numbers, remarkably well! I ran a very evenly paced 3:31:46 (8:05/mile) on a course that was 22 miles of double track trail.
That performance earned me 3rd female overall; anytime I can podium above age groups I am really pleased.
Outside the numbers? Even better. I stepped up to the starting line feeling healthy, rested, and eager to go long. You’d think this feeling would be a given for a marathoner, but oftentimes traditional training schedules have us riddled with injuries, mentally drained, and ready to hang up our racing hats for months after.
…not me! I feel so great, I’m already registered for my next race (100K trail) and mapping out the associated training in a similar pattern.
Will this work for everyone? No. You have to be an experienced runner and well versed in the kettlebell swing. I feel strongly about this specific movement because it not only builds an aerobic engine but also injury proofs your body.
Speaking of injury proofing, I’ll add that I did a strength progression (5×5 push/pull/squat) throughout both the 30 day cycle and the 10 weeks of formal training. This is non negotiable. Strong first.
I want to mention what I wore: ZYIA All Star Bra + ZYIA Copper Charged Tank + Lululemon Run Speeds. I’m not a ZYIA rep anymore but still stand by this choice.
Great training, great race, great gear. I’m thrilled and only have 4 states to go until I’m at all 50 plus DC. Somebody pinch me!
To God be the glory! 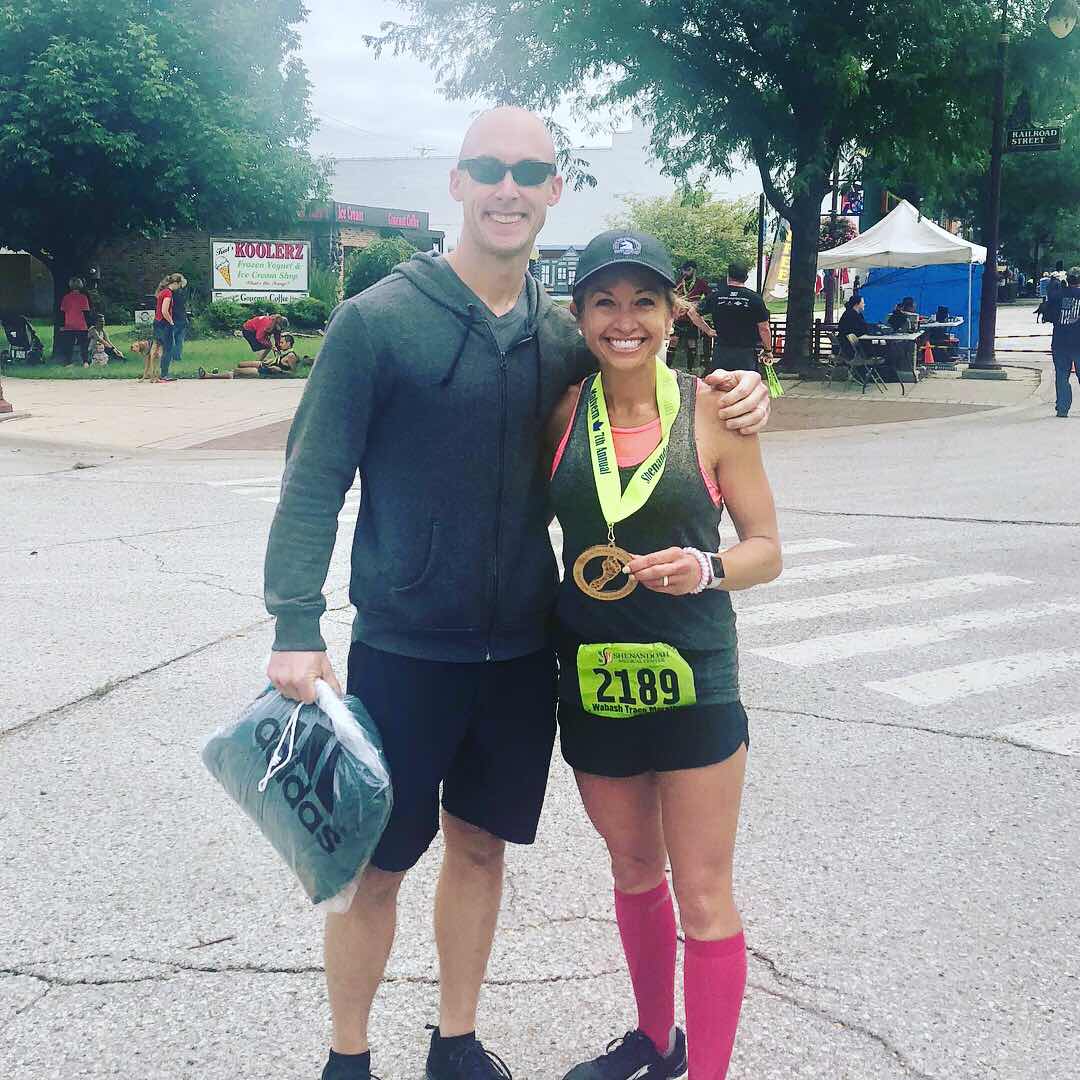 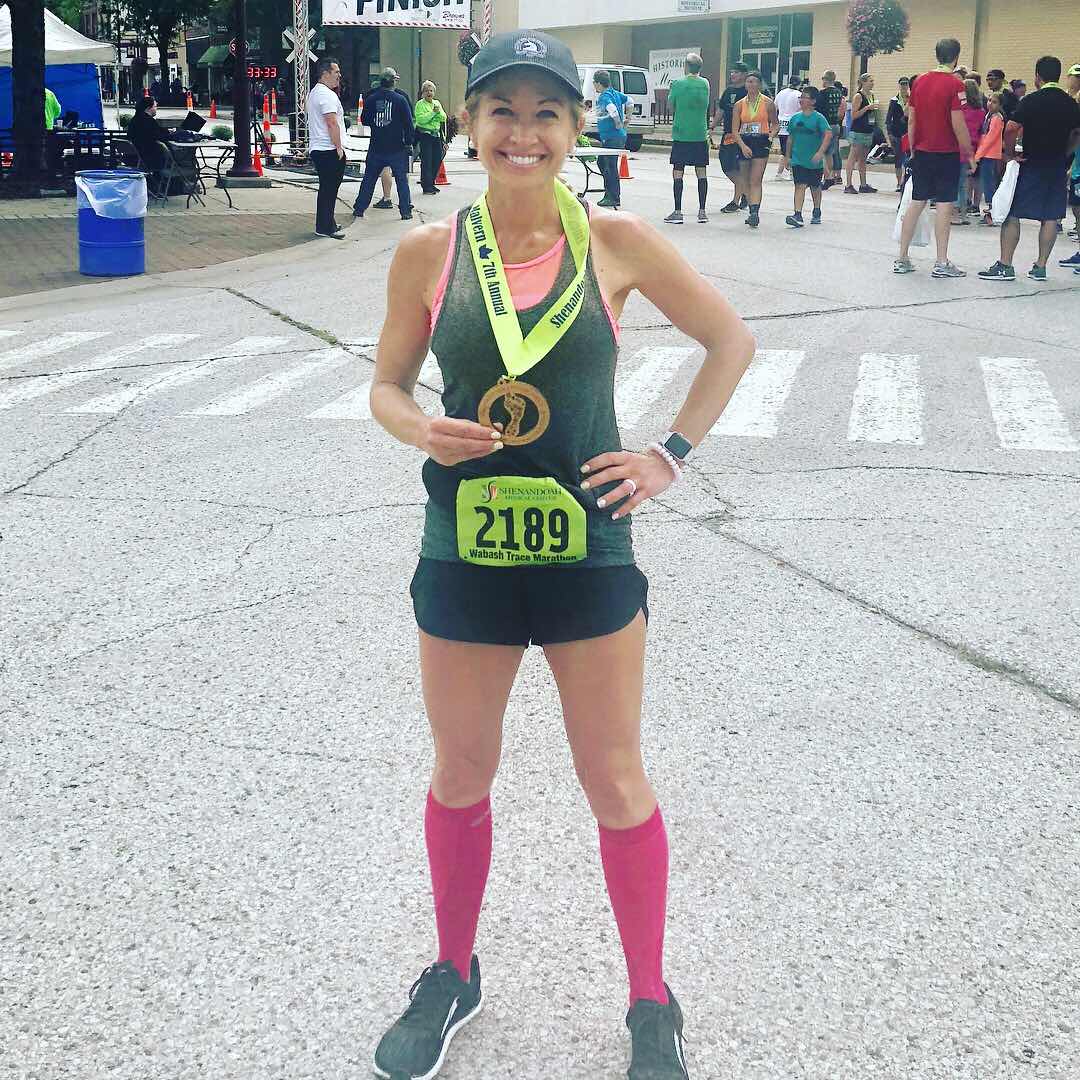 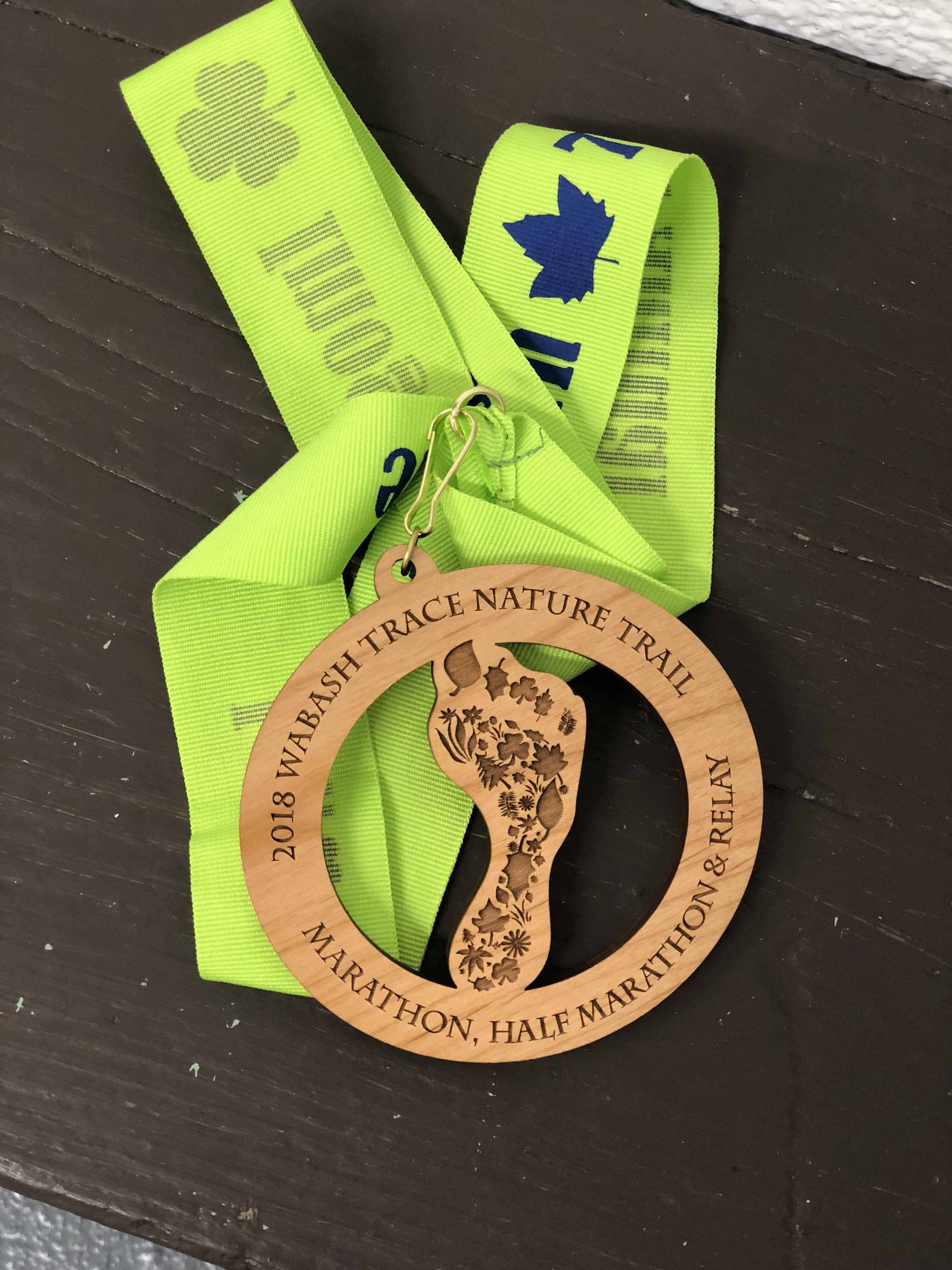 Review and Overview of the Peloton Marathon Program

3 Ways to Prepare for Your Next Fall Race

For physical training is of some value, but godliness has value for all things, holding promise for both the present life and the life to come. 1 Timothy 4:8