I uplift other women in the areas of running, lifting, and motherhood

Learn More About Me

I’ve been running marathons for 15 years and had never once felt convicted about participating in Sunday races…then, God opened my eyes.

We have been studying the Ten Commandments in church and during family worship. There is a lot of debate among Christians about the application of the fourth commandment (“Remember the Sabbath day by keeping it Holy”, Deuteronomy 5:7-21) and I’m still studying it. However, that’s not the law I feared I was breaking. Me? My conflict was with the first Commandment (“You shall have no other gods before me”, Deuteronomy 5:7-21).
What’s the one thing I put before God? I’m embarrassed to admit it, but yes, it’s running. On the single day God has set aside for me to worship Him, I’m doing the very self righteous thing that boosts my ego and takes my eyes off of the Lord.
I’m not interested in convicting other runners who choose Sundays, nor do I think running is an unhealthy activity. That said, I believe it’s a slippery slope when you have something (anything!) other than God you schedule around, think about constantly, and love so much you don’t know what life would be like if it were gone. For me, that thing is running.
I’ve long asked “how can I honor a God through my running?” and knew the answer was not by simply wearing scripture on my singlet. Maybe the way I can honor God through my running is by not running. I made the decision to do no more Sunday races when God put a few runners who race exclusively on Saturdays in my path, which gave me the confidence to take action.
…problem was, I made this decision halfway through a training cycle for All American Marathon which is on Sunday. Providential for me, Wrightsville Beach has a Marathon only one week earlier. I could take advantage of my existing training and honor my decision. 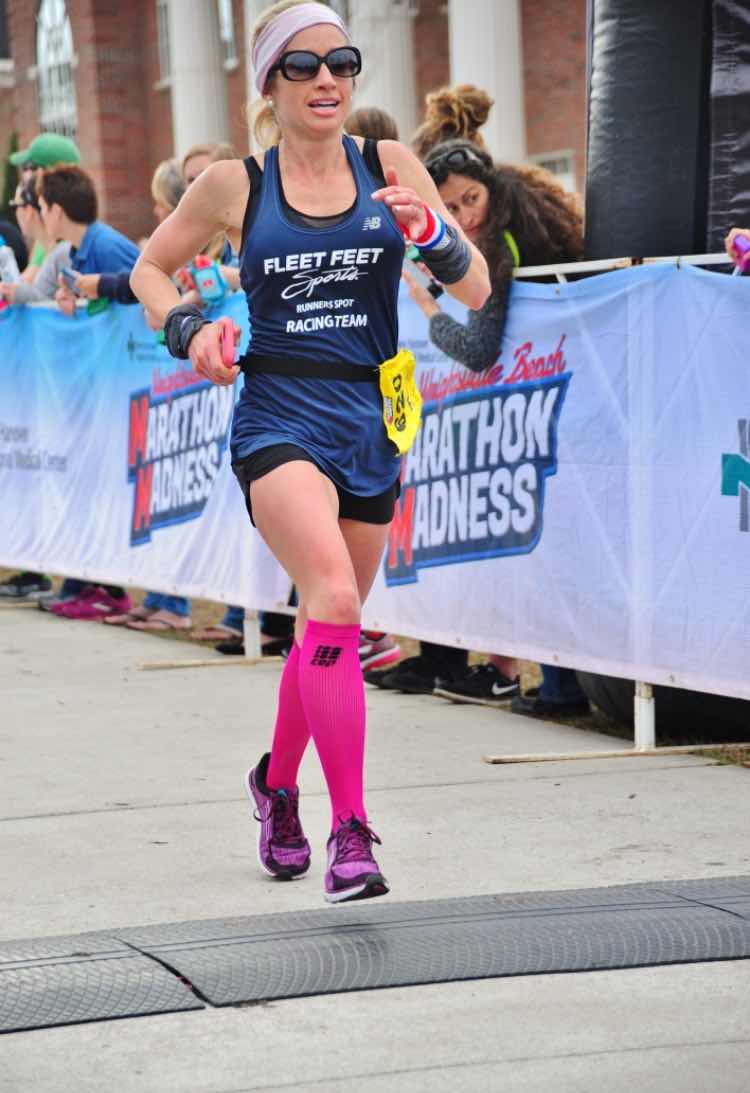 Wrightsville Beach, just outside Wilmington, is only a 2 hour drive from Fayetteville. Preferring to sleep in my own bed and minimize time away from the kids, I drove down the morning of the race. For only $20, I was able to get my race bib and swag mailed to me beforehand; that made the same day trip possible and was worth every penny.
A lot of folks from Fayetteville Running Club chose this race over All American to avoid the hills in the latter. I’m not as active with the club as I once was (see: 4 kids under age 4) so it was great to take some starting line photos and catch up with the crew! 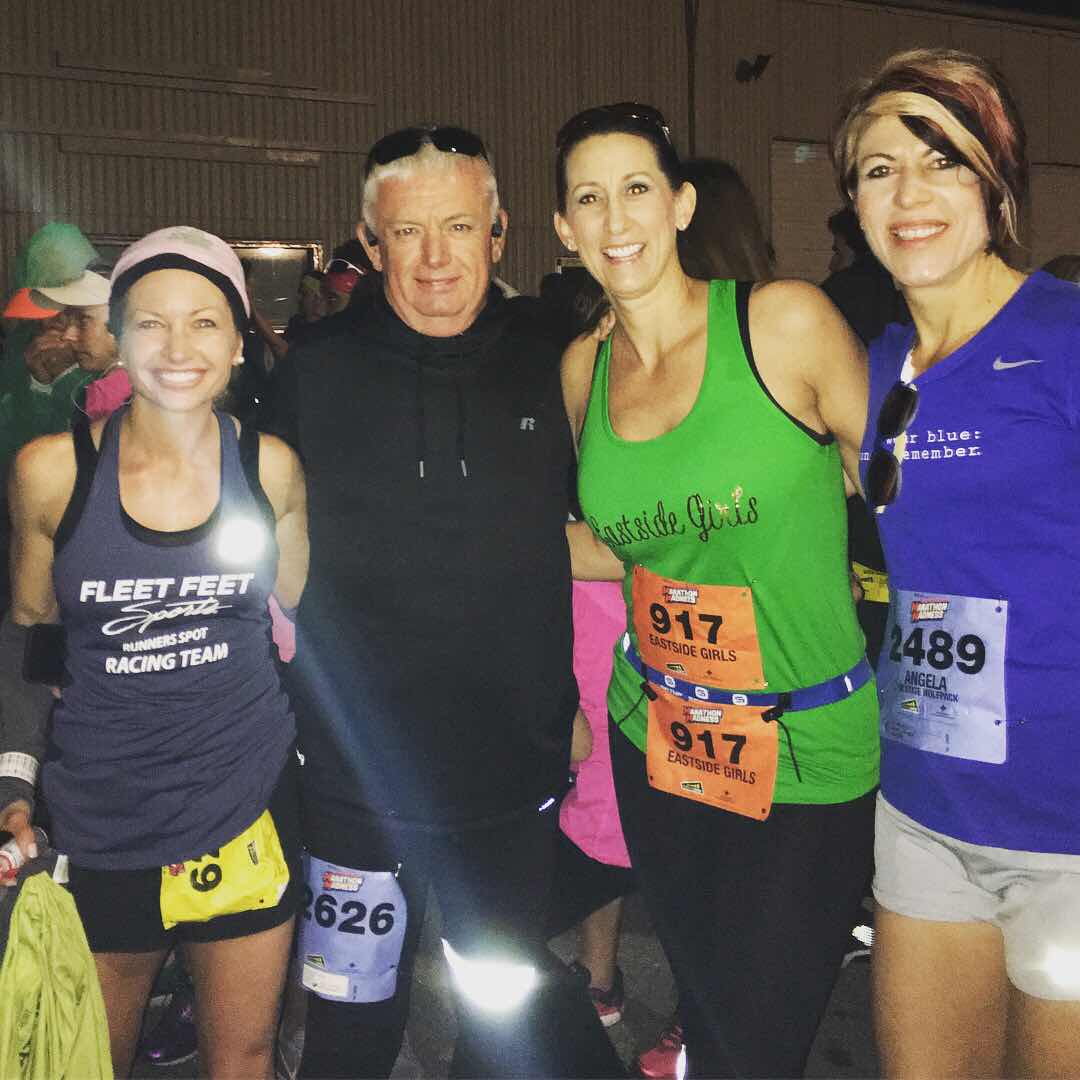 I also got to see my longtime running friend, Shannon, who is recently engaged and finishing a PhD program. Surround yourself with people like this and triplets don’t seem like such a time obstacle when training! 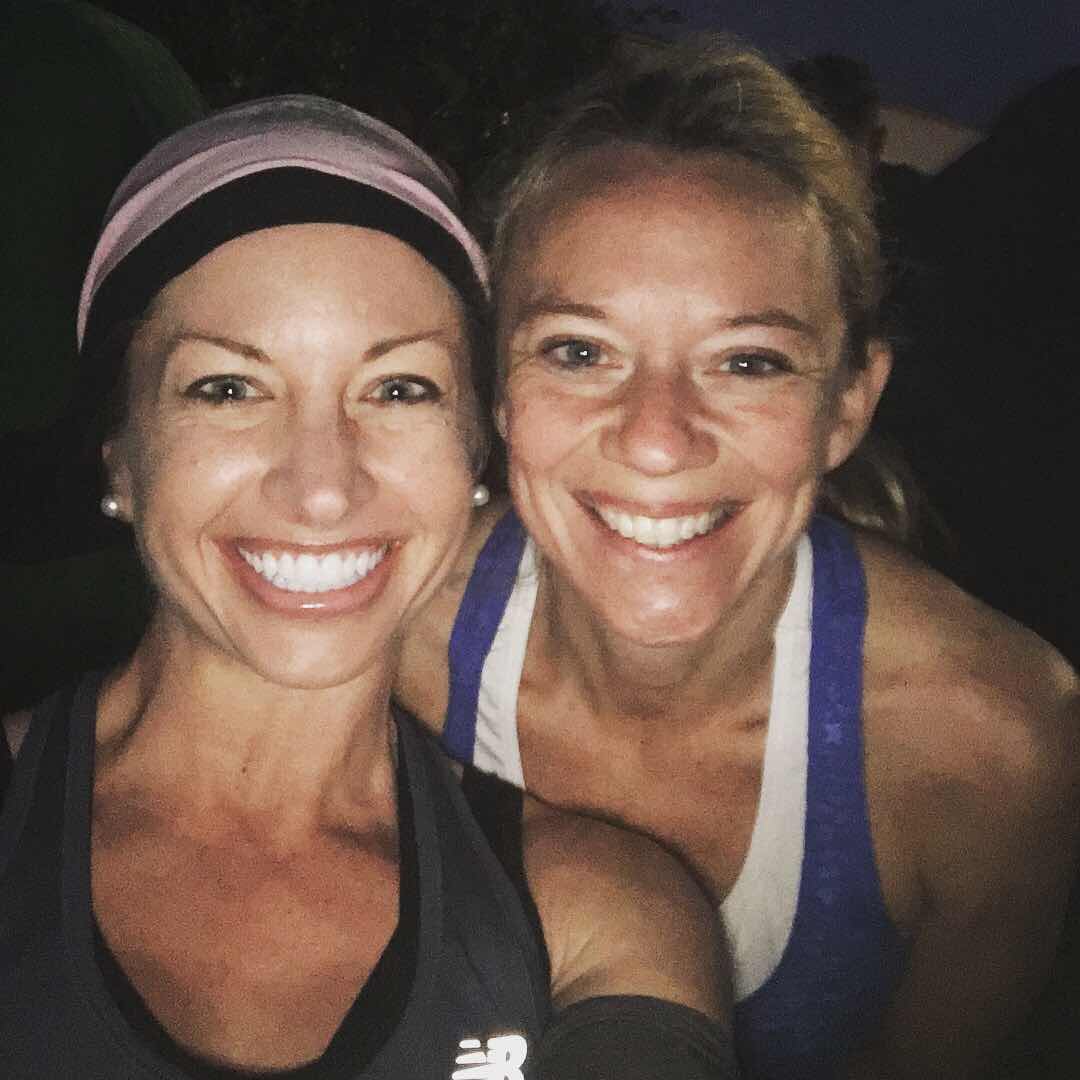 On a pancake flat point to point course, I ran a pretty even race, averaging about 8:15 per mile. I liked that there was a relay option because it gave marathoners the opportunity to run with folks who had fresh legs, including my friend Jessica from 2011 CrossFit in Concord.
Other highlights during the race:
•Thomas, our Fayetteville Running Club President back when I was on Leadership, works for this race’s company now and ran with me (in denim jeans!) for a solid half mile.
•Listening to “Quiddich through the Ages” on audiobook and getting verbally abused by a lady who did not like me playing it on speakerphone, even on a desolate stretch of the course. I’ve never had another runner say anything, let alone flip out like she did. Must be a Slytherin.
Trey bought me Air Pods for Mother’s Day, so she can chill when I do this race next year.
•Finishing at UNC-Wilmington, where I sold yellow pages (dating myself, aren’t I?!) back in 2003. I ran by a number of apartment complexes, restaurants, and bars we sold to as well. Run down memory lane!
I finished 113 of 558 overall, 23rd female overall, and 4th (doh!) in my age group with a Boston qualifying  3:34:53. For a woman my age, 3:40 is the standard; however, you must beat it by about 4 minutes if you want to actually run since more people qualify than BAA can accommodate. The Boston Marathon is on a Monday, so its an option for 2019! 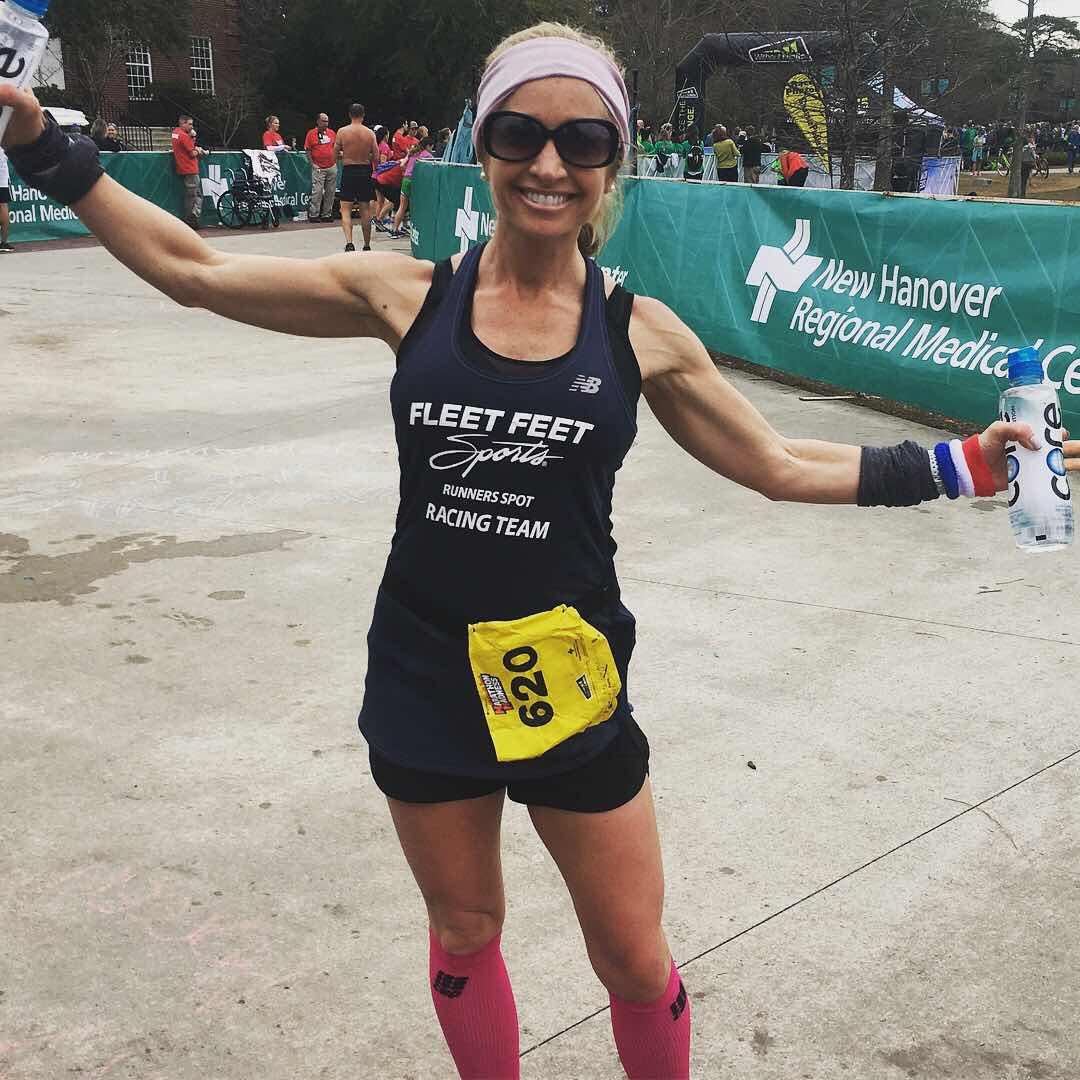 All About Boston Marathon 2022

For physical training is of some value, but godliness has value for all things, holding promise for both the present life and the life to come. 1 Timothy 4:8